A few months ago I was inspired by this huge gingham skirt on Pinterest, worn by Brigitte Bardot. I just knew I had to have it for the coming summer months and when Annika Victoria’s latest Make Thrift Try challenge was gingham-themed, well my project was already decided for me.

I realized quickly a simple circle skirt was not going to work to keep the lines straight, so I purchased 3 yards of black gingham fabric and cut it down to a rectangle of 3 yards by about 28 inches. I used this blog and this Skillshare video to get an idea of what I was in for. I have never tried to gather 3 yards down to 32 inches and I definitely ran out of thread with two rows of running stitches at the gathered point and then sewing the hem that I re-did twice after I forgot to add the trim.

I thought that the straight lines would help me with knowing exactly where to sew, but I had a fair bit of trouble adding the waistband and the invisible zipper. At the time of the zipper I was rushing a bit too much and it definitely needed more patience to make sure the lines matched.

Last but not least, I found 5 yards of vintage eyelet trim on Etsy. There was a fair bit of discoloration, but I was able to salvage just enough for the 3 freaking yards (!!) of fabric. I think on Bardot’s dress, the trim is actually attached to the petticoat but I didn’t want a skirt that was too poofy that I wouldn’t wear very often. I used this tutorial for attaching the trim, but I think in the future I will hand stitch the hem instead of being lazy so I don’t have this unsightly line running through the edge.

But that’s okay! I love it in the end! The waistband might be a tad wonky and the zipper pull is more visible than I would like, but I made a thing! 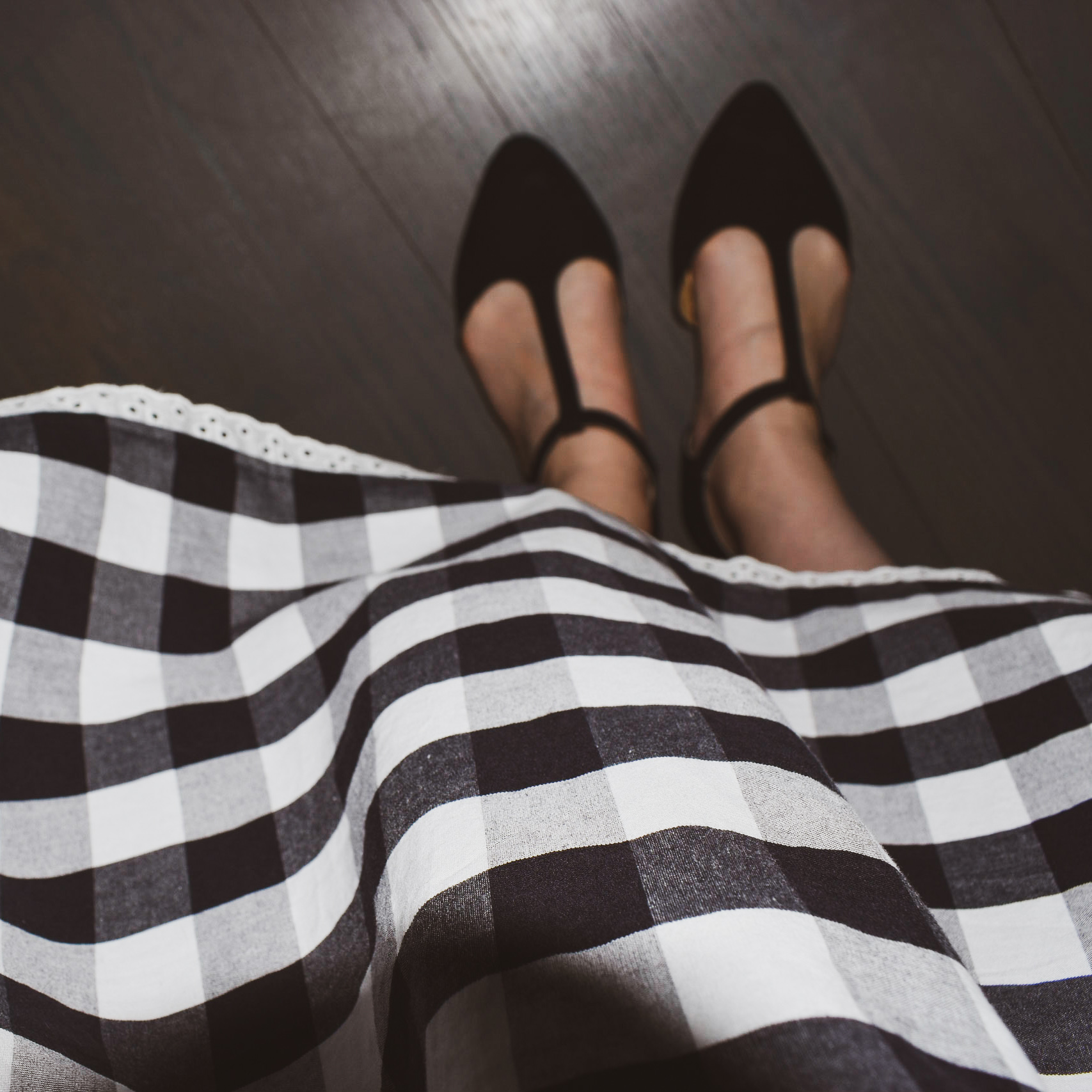